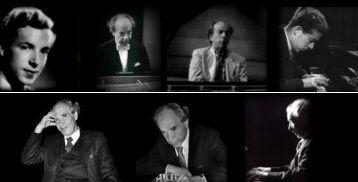 My collaboration with pianist and researcher Badura-Skoda

I would like to mention my collaboration with Paul Badura-Skoda, the most important person in the growth of my musicianship. I first met him in a master class he gave in Palermo, Italy in 1990. I was eighteen years old, and two years later I became his student at the Hochscule für Musik in Vienna. I had read his book about the interpretation of Mozart before, and being his student was a dream come true. He taught me all I know about music, how to "make music". None of my previous teachers had ever shown me how to do this. The aspect of studying piano that most impressed me, however, was the cultural aspect: I had to read many books and learn how to be respectful of the composers' directions. This led me to research the autographs of the compositions I was practicing. This period of my life enriched me as a musician, and, as I had immense respect for Mr. Badura-Skoda's lifelong musical research, everything that came out of his mouth was like a treasure.

I last met him three weeks ago in New York, when he came for a recital. I introduced him to my best student, Ling, and it was rewarding for him to hear that his teachings were now being passed on to my own students. Paul Badura-Skoda is probably the greatest living scholar of the Viennese composers, Mozart, Haydn, Schubert and Beethoven (who was German but lived and composed in Vienna); he also spent nearly thirty years writing one of the most important books about Bach's piano performance. For more than sixty years he has studied the letters and the manuscripts of these composers, along with other documents that he has found in libraries and private collections around the world. In the 1950's he wrote the best-seller, Interpretation of Mozart at the Keyboard, which has been regarded by generations of musicians as a veritable bible of Mozartean style.

He will perform in a solo recital at the Stern Auditorium at Carnegie Hall on December 2nd, 2009 - a few weeks after his eightysecond birthday.

You can learn more about him on his website.